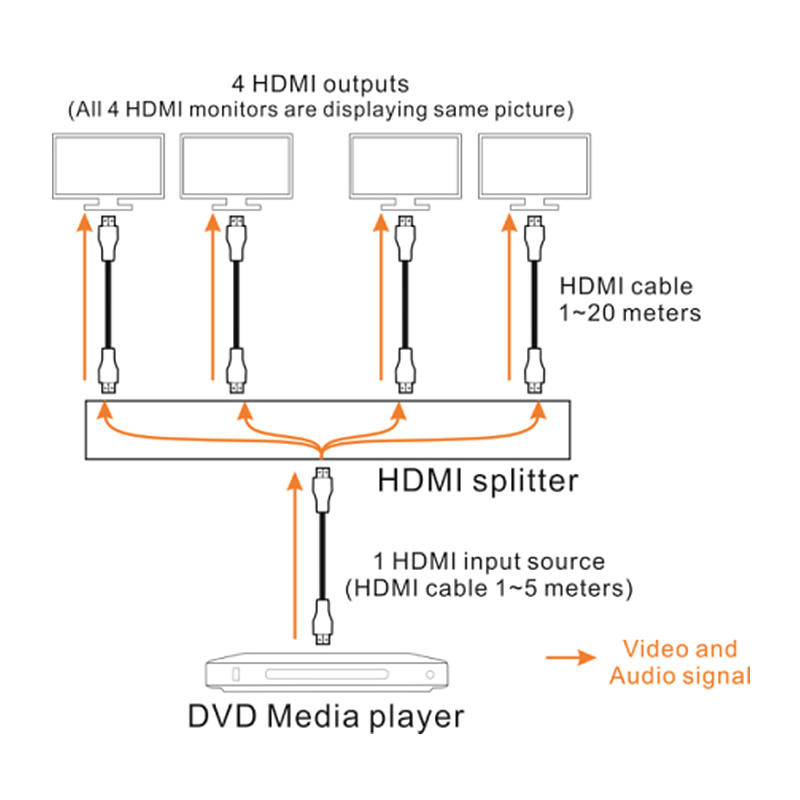 Prev Next
HDMI Splitter extender application
1.  What is HDMI splitter?

HDMI splitter is a video splitter with HDMI input and output connectors. Which distribute one video input source to several outputs. Below shows how the HDMI splitter work. 2. What is HDMI extender?

From the HDMI cable specification, we know that the HDMI cable should not longer than 20 meters for Full HD resolution (1080P@60Hz). So we need a new devices to make the audio and video transmission reach further distance. HDMI extender, extends HDMI signal over CAT5e/6 UTP/FTP cable up to 150 meters (the distance depends on the Soc solution), it includes 1 transmitter and 1 receiver, the transmitter convert HDMI signal to a special format signal which can be carried on UTP/FTP cable, and the receiver restore the signal to standard HDMI signal which can be decoded by normal HDMI displays. It reduce the cost and more reliable than the long HDMI cable. At the same time with the extender it is available to carry IR remote signal on UTP/FTP cable, so it is easy to control the media player by the side of the display which is far away from media player.

Below picture shows how the HDMI extender works. 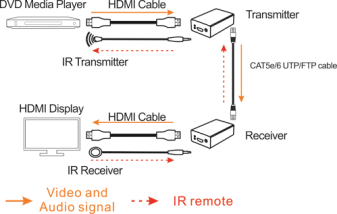 3. What is the HDMI splitter extender?

Splitter extender is a video splitter plus several video extenders. That is to say, it is the combination of splitter and extender, you can distribute one video input source to several outputs over CAT5e/6 UTP/FTP cable, and use receivers on display side which are a few tens of meters away from the source. Below picture shows how HDMI splitter and extender work to distribute source audio and video content to several places which are dozens of meters or hundreds of meters. 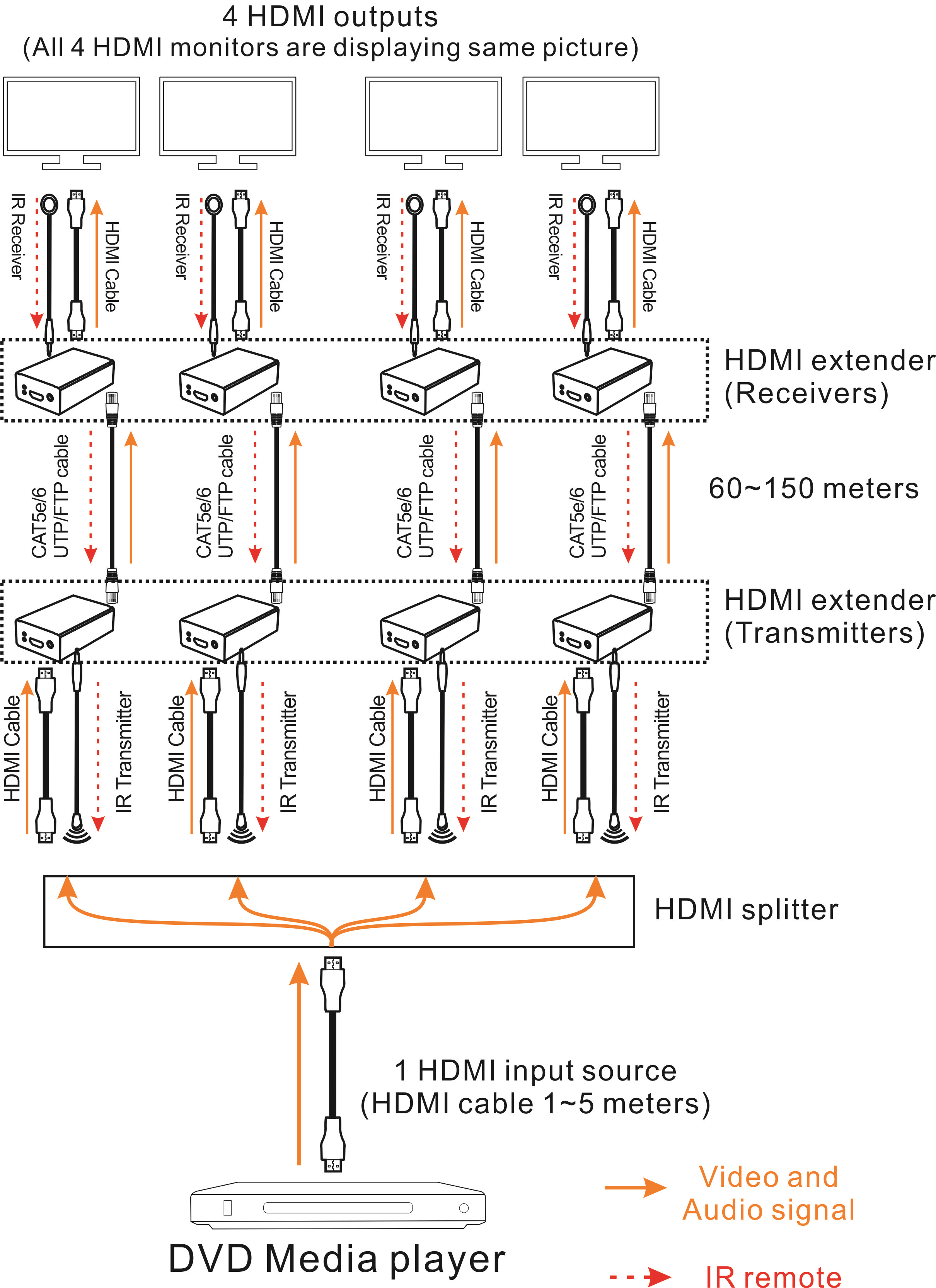 Below picture shows how HDMI splitter extender work to distribute source audio and video content to several places which are dozens of meters or hundreds of meters. Compare to above picture, you will see the transmitters of the HDMI extender and HDMI splitter are integrated into HDMI Splitter Extender. ①IR receiver input, receive IR remote control signal and then transfer the IR signal over UTP/FTP cable to receiver, with the use of this, you could power on/off the HDMI display which is 60 meters away from the splitter extender with IR remote control. ②IR transmitter input, transmit the IR signals from the receiver side. toward the transmitter to the media player, then users are able to control the media player on receiver side which is far away from 60 meters. ⑦HDMI input port, connect to HDMI source for example media player. ③④⑤⑥⑧ are output ports, ⑧ is HDMI local output, for monitoring the display content on the receiver. Output port ③④⑤⑥ are RJ45 extension output ports, these ports support 1080P@60Hz HDMI signal transmission up to 60 meters over CAT5e/6 cable. At the other end of the CAT5e/6 cable, use the receiver to receive the extended audio and video signal and restore the audio and video to normal HDMI signal , then the HDMI display could decode and display the HDMI signal from media player. ⑨ is 2D/3D display mode switch. Select 2D if you don't want the media player output 3D video automatically. Select 3D then the media player will output a 3D video when the 3D video is available for media player.

6.  The detailed information of the HDMI Extender Receiver

Advertising in the shopping mall. 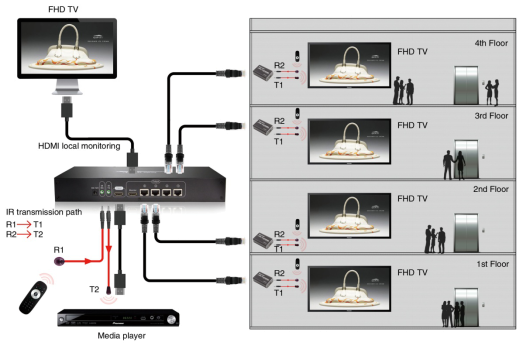